Fernando Granata, Demand Relationship Manager at Appodeal, spoke to us about their ad platform and its latest advancements in mobile ad tech. Based out of Barcelona, Spain, Fernando shares his thoughts on publisher selection, ad fraud, supply side trends and more.

Tell us about Appodeal.

Appodeal is an intelligent ad mediation platform, launched back in 2015. At the time, publishers were wasting a tremendous amount of time and resources integrating each ad network’s SDK and managing their waterfall setup manually, while getting suboptimal results to boot. Appodeal solved that problem by offering over 60 ad demand sources in a single SDK, while making them compete for each ad impression so publishers can fairly earn from the top ad bids. Fast forward to today, monetizing with an ad mediation platform like Appodeal is now the market norm.

As a part of Stack, we now offer a standalone header bidding powered ad exchange called BidMachine that publishers can easily add on top of their mediation setup and get access to premium ads from DSPs like Liftoff. Just like Appodeal did in making ad mediation mainstream, it is our goal with BidMachine to make programmatic demands more widely accessible to publishers.

How do you select the publishers you work with to provide them with Appodeal technology?

We believe in the democratization of ad tech and that publishers no matter what size or stage, from indie to enterprise, should have access to our ad mediation platform. For apps with highly desirable traffic, we make it easy for demand partners to strike direct deals with these publishers through our demand control center tool. We also facilitate introductions as we believe removing the unnecessary barriers between advertisers and publishers in the ad tech ecosystem is a good thing that moves the industry forward.

How do you select demand partners for the publishers you work with?

Unlike other ad mediation platforms, Appodeal began originally as an ad mediation platform, not an ad network. That meant we did not have our own demands to prioritize. Instead, we were driven to provide publishers with a high number of ad demand sources that would then compete against each other for their ad impressions. As the results showed, having more transparent competitive auctions among demand sources led to higher revenue for publishers and also more opportunities for the demand sources to participate in these auctions.

To ensure high quality auctions, we carefully select and work with only demand sources that are reputable, that can adhere to our strict advertising policies and that have demand that fits our inventory needs.

On the ad network side via Appodeal, we require our ad network partners to have stable SDKs at a minimum. On the ad exchange side via BidMachine, we work with DSPs that are technically capable of supporting CPM responses either via API or OpenRTB integrations, is able to scale spend, works at high QPS and has accurate and transparent tracking.

Since the fear of fraud has become widespread, could you talk about what you are doing to mitigate fraud and protect your top publishers while weeding out bad actors?

Stomping out fraud in the mobile ad tech ecosystem is one of our top priorities since trust is the foundation of our industry. We understand that the fear of fraud goes both ways, from the publisher end to the demand partner end. That is why we have internal mechanisms to protect against fraud on both ends.

To protect publishers, we have measures to check creatives to make sure the demand partners are following our advertising policies and we have team members that check upon SDK integrations to see when the impression actually happened within an app. Furthermore, we work very closely with all our demand partners to resolve any issues immediately should they arise.

As for protecting our demand partners, we have a dedicated fraud team that investigates suspicious app stats and behaviors and thoroughly checks all apps before activating demand sources in them to see whether the app is a COPPA app, if there are incentivized placements or real money being offered in the app (which we do not allow), if there are not any ad placements that lead to forced clicks or actions, and if the app has any obscene content. Upon SDK integrations, we use our own player to ensure that the impression really happened and run rendering tests for OpenRTB/API integrations.

With technology, we implemented apps-ads.txt to help demand partners and their advertisers know that they are allowed to buy the inventory. We are in the process of implementing Open Measurement SDK to expand reporting, with plans in the future to implement sellers.json and IAB’s Supply Chain object.

How is Appodeal adapting as the industry shifts to header bidding/unified auctions?

We welcome it! In fact we are proud to be contributing to this shift as the first in the market to launch a live in-app header bidding solution back in May 2018. Given our goal to increase revenue for publishers by increasing ad bid competitions and improving how the ad auctions are conducted away from the inefficient waterfall model, we find the industry’s shift to in-app header bidding to be long overdue.

When we first launched our header bidding powered SDK, we had a handful of ad networks that have upgraded their ad bid technology in order to participate in header bidding auctions. Now we have more than a dozen premium ad networks. As an industry, we are not 100% transitioned from the waterfall auction model to the header bidding model yet in the app world. Until that happens, we deploy a hybrid model that takes the best of both models so publishers are still earning the top ad revenue possible, regardless of which model the winning ad came through from.

Thanks to this shift to header bidding, we are pleased to see that programmatic DSPs are getting new opportunities to compete fairly in these auctions. As ad networks are becoming increasingly programmatic in nature as well, we believe that programmatic demands are the future and that forward-thinking DSPs like Liftoff are in a strong position to do very well. To hasten the industry’s shift to in-app header bidding, we want to make it as easy as possible for publishers to access this technology. That is why we’ve launched BidMachine, a standalone header bidding powered ad exchange, for publishers that simply want to add this technology to their existing ad monetization setup. At the moment, we are running an early-bird integration offer of up to $20,000 upfront for integrating BidMachine’s SDK. We even have an open-source version of BidMachine so publishers can freely add any ad demand sources to essentially their own in-house ad exchange.

What are some top trends that you see in the supply side of the business that you project for the next couple years?

We envision even better transparency, control and performance for publishers. With the transition to header bidding comes more transparent real-time data. Publishers can see exactly which ad demand source bid for and won their ad impressions. Within this new ad auction infrastructure, new tools will make it possible for publishers to take even more control of how their inventory gets sold and drive more ad revenue as a result.

Ultimately, we believe the new mobile ad tech ecosystem paradigm will be more democratized, simplified and driven more by technology than legacy ad tech intermediaries. To get an ad from an advertiser or ad demand source to a publisher could be as straightforward as sending and receiving an email. 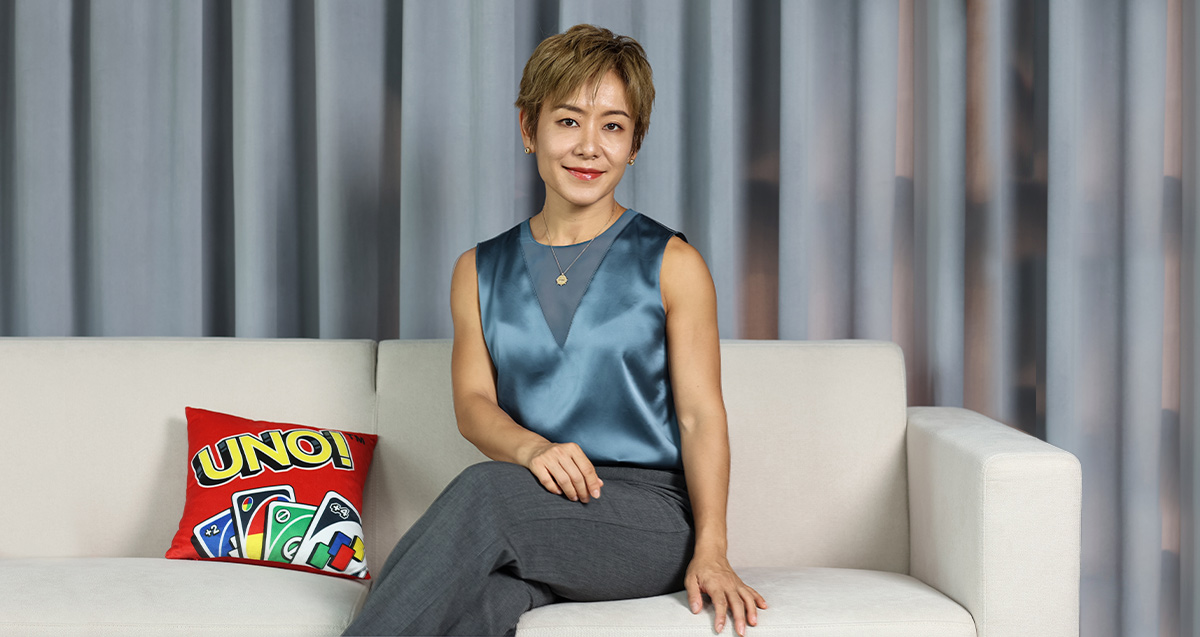 How to Adapt Traditional IPs to Mobile Games 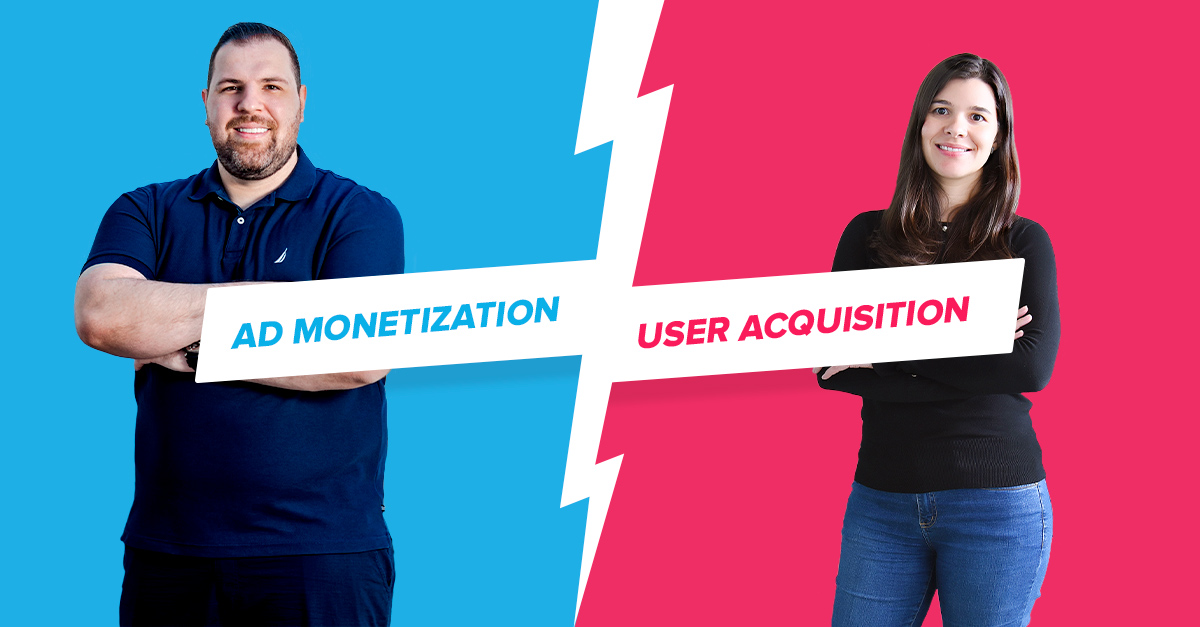 5 Best Practices To Innovate and Create an Efficient Operation 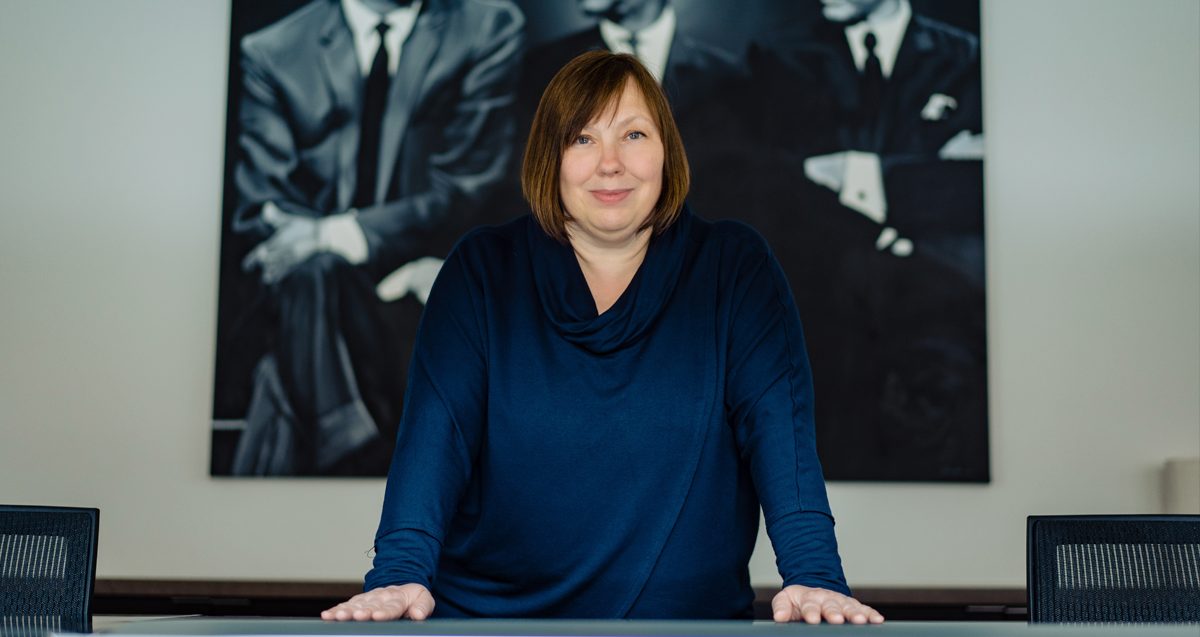 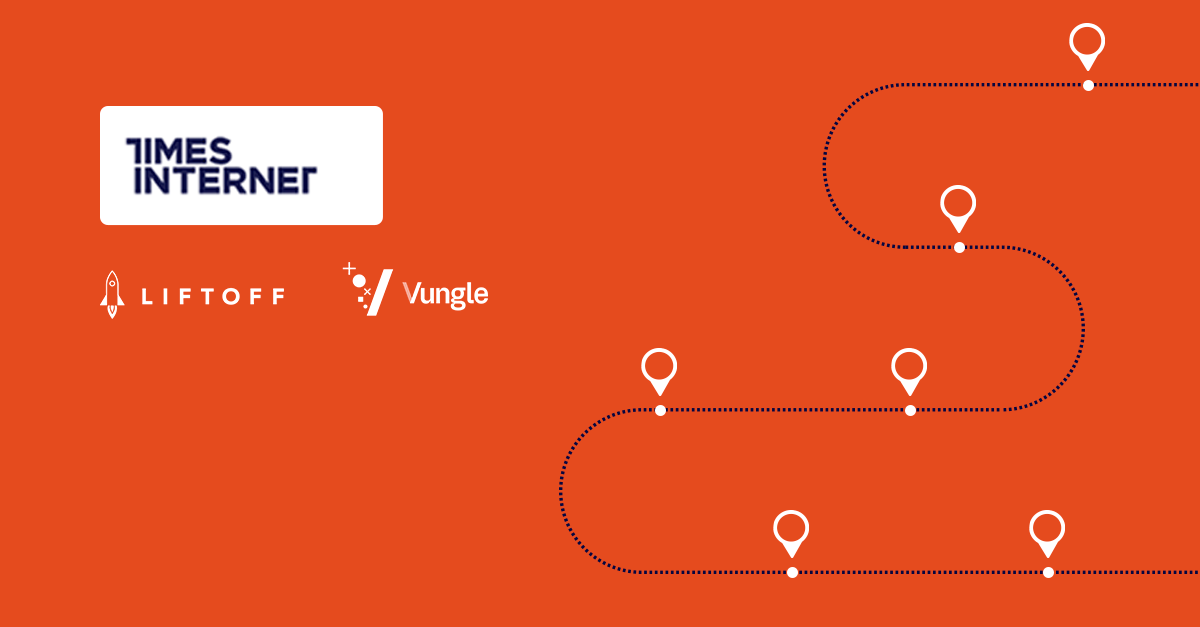 6 Pointers for Your Post-Acquisition Strategy 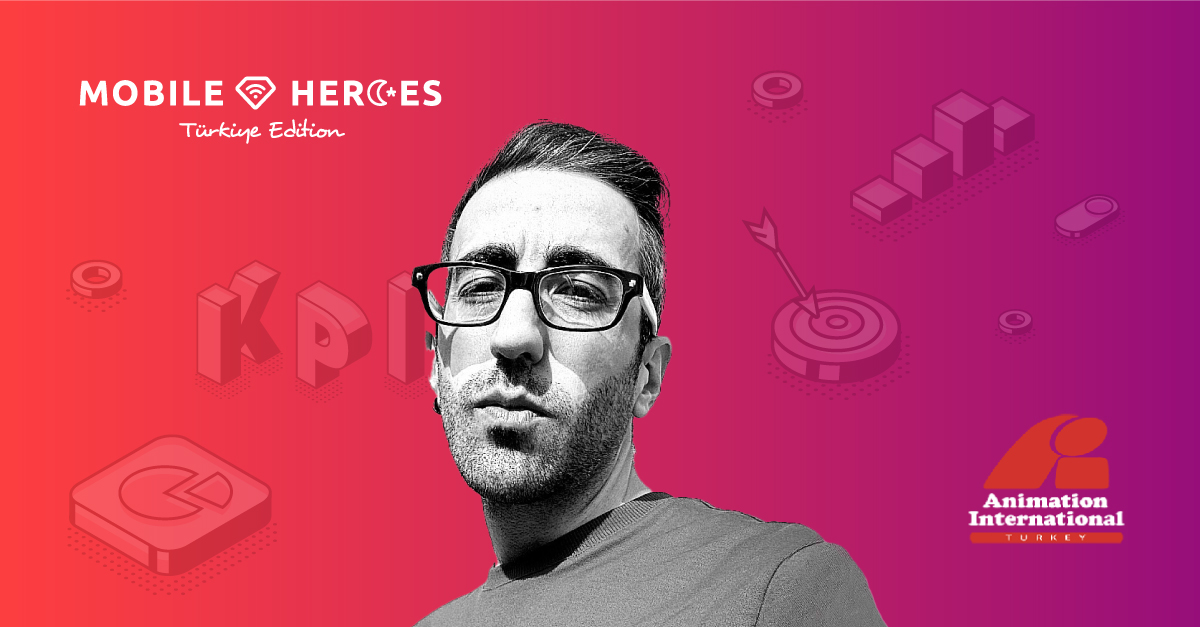 The 6 KPIs That Every Mobile App Marketer Should Track 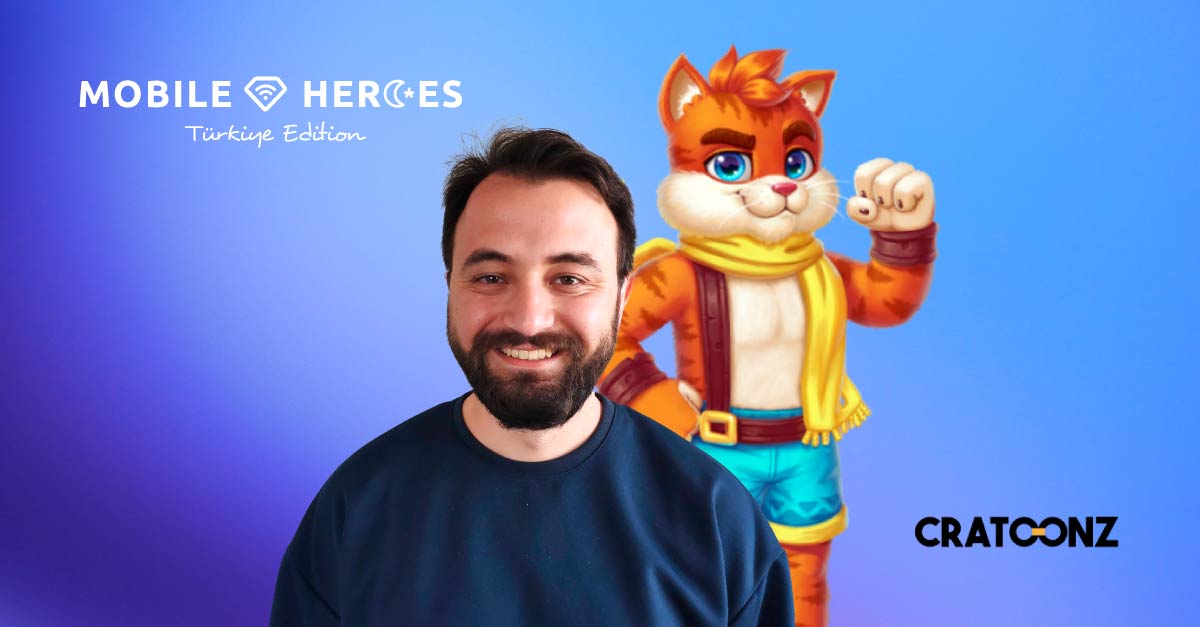 How to Soft Launch a Casual Game 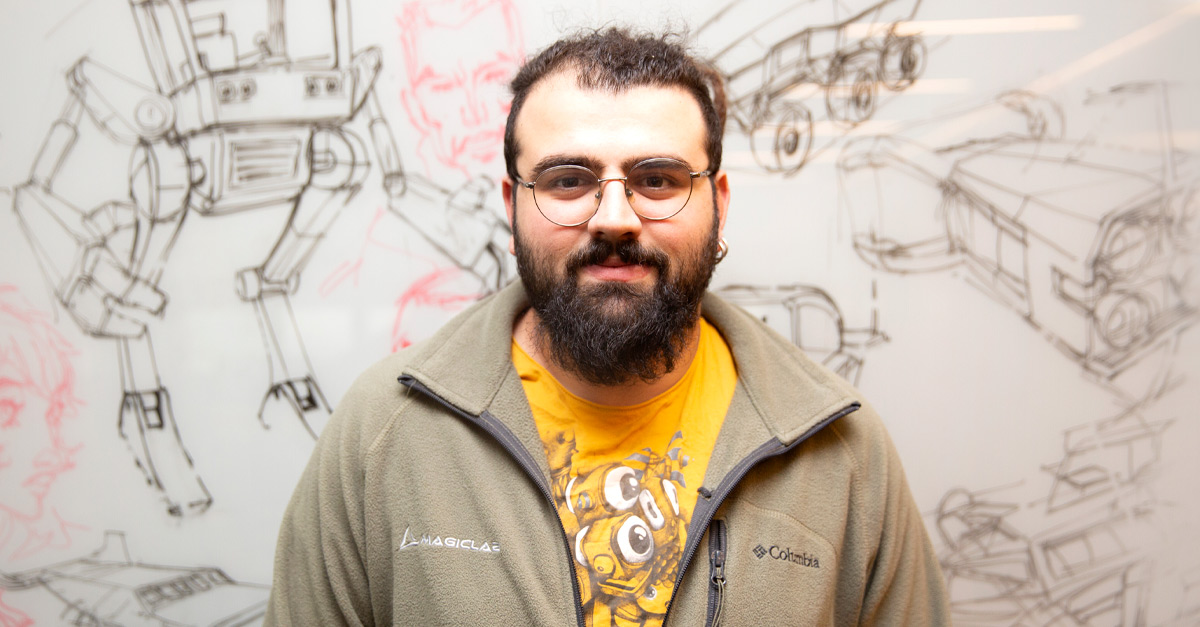 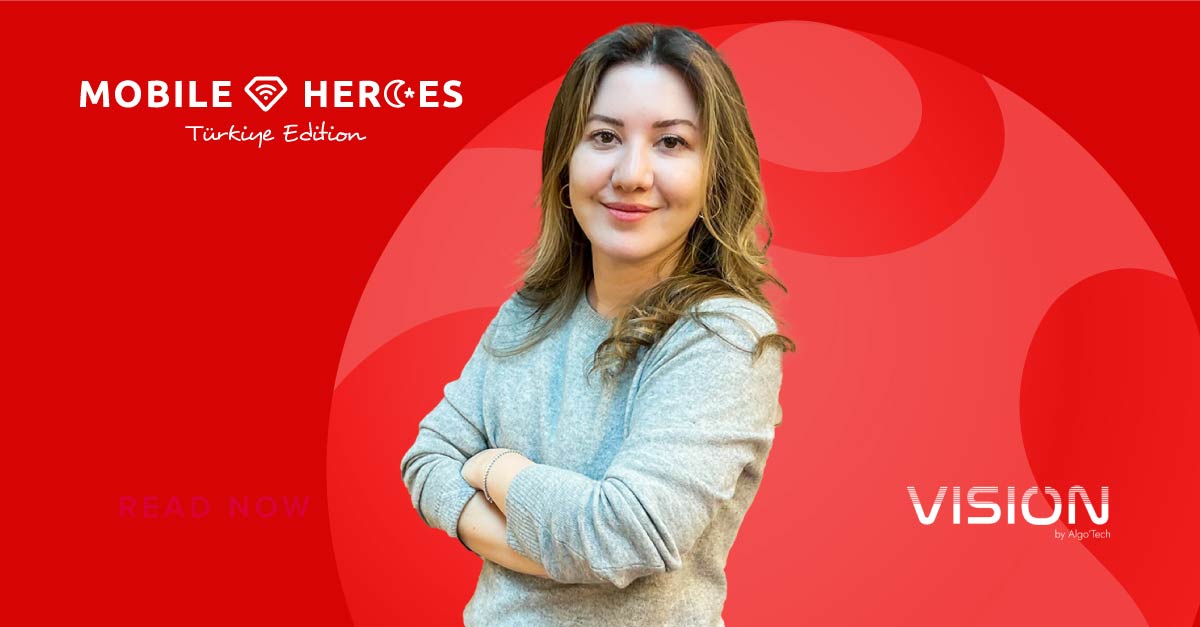 How to Leverage Market Efficiency

Join the Mobile Heroes community on