What I Learned Running Mobile Ads on Snapchat 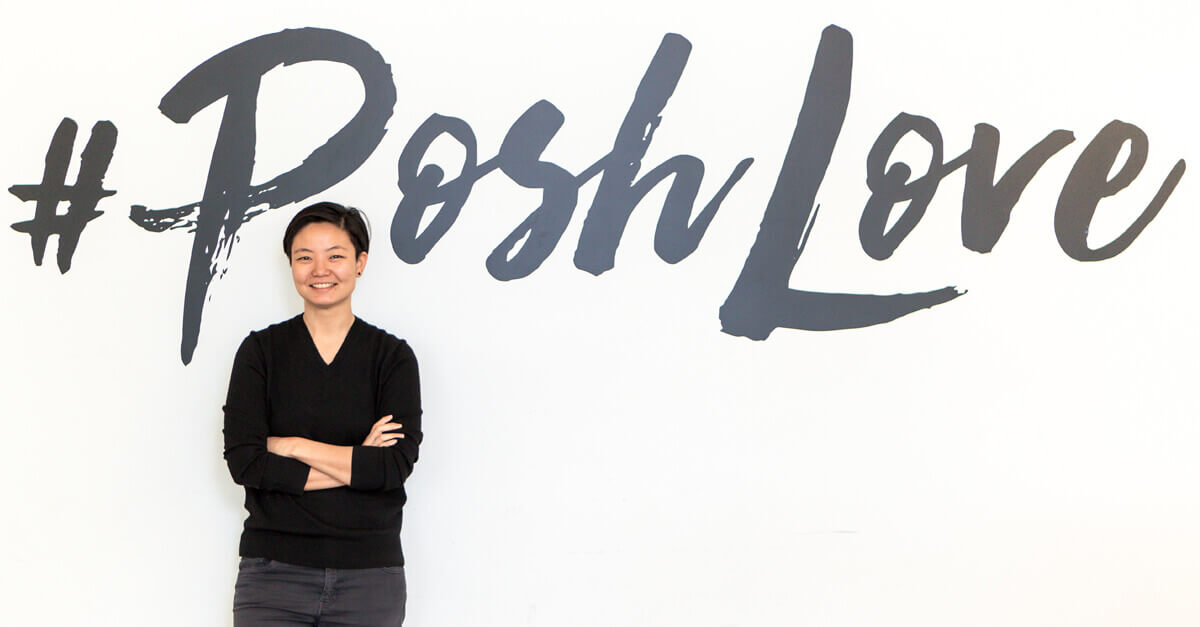 Esther Hwang was former Director of Growth at Poshmark, where she managed mobile marketing campaigns and tested new mobile and web channels. Prior to Poshmark, Esther worked at Zoosk and Adobe Systems, providing great learning grounds to become a top-tier mobile marketer.

Facebook has been a boon for many mobile marketers – it has a treasure trove of data, access to TWO massive channels (Facebook and Instagram), a sophisticated ad editor UI, and of course, an immense scale. However, these benefits making Facebook an advertisers’ favorite also invites a lot of competition and expensive CPMs.

At the same time, there are new social paid channels emerging. In order to maintain scaleable marginal costs, have a diverse acquisition portfolio, and gain first mover’s advantage on low CPMs and learnings, it’s important for any growth team to continually seek out and test new channels. The growth team at Poshmark is always searching for new opportunities to grow our user base. One of our recent winning test channels is the new kid on the block, Snapchat.

I’ll start with three general rules on how to approach any new channel.
1. Start by casting a wide net

Use the targeting levers available to cover as much of the Snapchat user universe as possible. You never know what interest group, age bracket, or geo could perform well, so initially aim to cover as much as possible. This way, you can discover audiences that you would not have guessed would be successful. Snapchat currently offers targeting for geo, gender, age, interests, and custom audiences.

Additionally, keep your targeted audiences as free from overlap as possible. For example, our first campaigns on Snapchat broke down the Snapchat universe into two comprehensive yet mutually exclusive targeting audiences: 1) male-targeted campaigns, and 2) female-targeted campaigns. From there, we identified the audience with the better performance and then broke that audience into even smaller cohorts. We repeated this cycle, narrowing cohorts and targeting that worked best for us.

Every channel has its unique behaviors and nuances made up by its black box of advertising algorithms. It takes an observant marketer who is always testing specific and measurable theories to understand what will help optimize reach and cost on a specific channel. On Snapchat, we found that the impression-to-swipe rate is one of the main (if not the most important) influencers of impression delivery. The higher your impression-to-swipe, the higher your impression count.

This is the golden rule of advertising on any social channel. For example, if Snapchat users are uploading cell-phone quality videos of themselves and their friends, a professionally shot static photo of a professional model could disrupt their user experience and, despite the higher quality of the ad creative, have subpar performance. In line with this principle, video tends to outperform static images on Snapchat.

Learn more about Esther from her Mobile Heroes profile.

What I Learned Testing Ads on Snapchat

Now that we’ve gotten the general rules of approaching a new channel out of the way, here are some specific learnings I gained while running mobile ads on Snapchat.

According to our data, Snapchat lags behind Facebook and Instagram in terms of conversion rates, with Snapchat clocking in at 40% of the conversion rate of its competitor. However, Snap’s CPM is nearly a third of Facebook’s, making it an economical method for acquiring users for Poshmark at our current scale.

There are several things that could contribute to this lower conversion rate, one of them being the longer upper funnel; Facebook’s mobile app install funnel goes from ad impression > ad click > App Store, whereas Snapchat’s user journey goes from ad impression > swipe up > ad click > App Store. The extra step in the funnel allows for additional drop off points, lowering conversion rates.

We also found that LTV is comparable but slightly lower on Snapchat. For example, day 1 ROI on Snapchat is roughly 10% lower than on Instagram, something that we take into consideration when setting a target cost-per-click bid.

Lastly, Snapchat seems to have some decent targeting capabilities, despite only having declared data for age. For example, when comparing the targeted gender against our user’s registered gender on Poshmark, there is a 97% match rate.

Snapchat is an exciting new channel for any mobile app marketer to explore and I believe it is a strong addition to any diverse UA portfolio.