Never Say “No” to Opportunity, Even When in Doubt 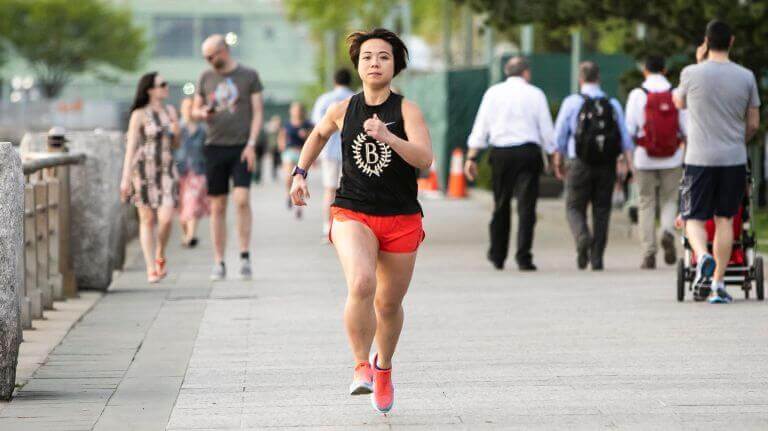 Growing up in a single parent family in Taiwan with very limited resources, I learned that opportunities are never handed to you by someone. They are earned by hard work. This is how I accomplished running a half marathon and giving a TEDx talk on the same day on May 19, 2018.

Back on an October morning in 2017, I received a message from a friend regarding a TEDx speaker application. He told me that the theme of the year was “Passion” and thought I would be a good candidate. He encouraged me to submit an application given my extreme passion for running – it’s like a religion for me. For a brief moment, I had doubts about applying. I wasn’t sure I was good enough and that my story wouldn’t be interesting to others. Well, the only way to validate my doubts was to give it a try. So I applied. I didn’t hear back from the organizer for nearly 3 months, telling myself “at least I tried.”

On January 5, 2018, I received an email notifying me that I had been selected for the live audition on January 18, 2018. I was excited yet nervous because I was given less than 2 weeks to prepare a talk about “a big idea worth spreading”.

“OMG, should I even go for the audition with less than 2 weeks of preparation?”

Over the next few days, I wrote and practiced my talk tirelessly while I was walking, commuting, and during any available free time. I wanted to be as ready as I could for the audition. Finally the day arrived. I must admit that I thought I kicked ass on my audition, as did the other 17 speakers, which made me feel more confident that I did the right thing by auditioning. It was nearly another 3 months before I heard back from the organizer about my audition. Again I told myself “well, at least you tried.”

On April, 1, 2018, I received an email from TEDx – “Congratulations! The TEDxAsburyPark team has selected you to speak at our event – TEDxAsburyPark PASSION – on May 19, 2018”.

Now, some people may have thought this was a joke because it was April 1st but it was one of my best days in 2018! To say I was excited is an understatement.

I never pictured myself as a runner. I was a chubby kid and was mocked for years. I didn’t have a healthy relationship with myself growing up. Everything changed after I reluctantly accompanied a friend to be a spectator at the New York City Marathon in 2011. I was inspired by the spirit of the marathon and swore to run ONE marathon before I die. I immediately started running for only 5 mins as I could only run that long back then.

“Should I skip running Brooklyn half marathon and just speak at TEDx on May 19th?” “Can I possibly do both on the same day?” For me the choice was simple. I would try to accomplish both.

I carefully drafted an email to the organizer, asking to speak in the afternoon as I had a half marathon race at 7am that same morning. I hoped they wouldn’t drop me.

The organizer thought I was really crazy but liked the idea of me running a race before my talk. It was crazy but cool. Not only did they schedule my talk in the late afternoon, but arranged media exposure about this crazy speaker who needed to run a half marathon right before giving the TEDx talk.

As for me, I told myself not to panic. As long as I was prepared for both events, I would be ok.

On that day in May, I ran the entire half marathon in the rain, achieving a personal best. Right after the race, I quickly changed into dry clothes and took a 2 hour car ride to Asbury Park to give my TEDx talk in front of an audience of 1200+ people. A few people from the audience told me I made them laugh and cry during my talk.

Opportunities are earned not given. This is one of the rules that I follow throughout my life. I appreciate how the universe is always challenging me and pushing me forward. Even though I have many moments of self doubt, I never say “no” or walk away. Because the only way to find out what I am capable of is to try.

Annica currently works as a Sr. Acquisition Manager at Stash, a financial technology company aimed at simplifying micro-investing while teaching users about finance and investing. After completing a Masters in Direct and Interactive Marketing from NYU, Annica entered the workforce, making her way up as a marketing director on Wall Street. Once exposed to digital media, she fell in love and never looked back. Learn more about Annica from her Mobile Hero profile.