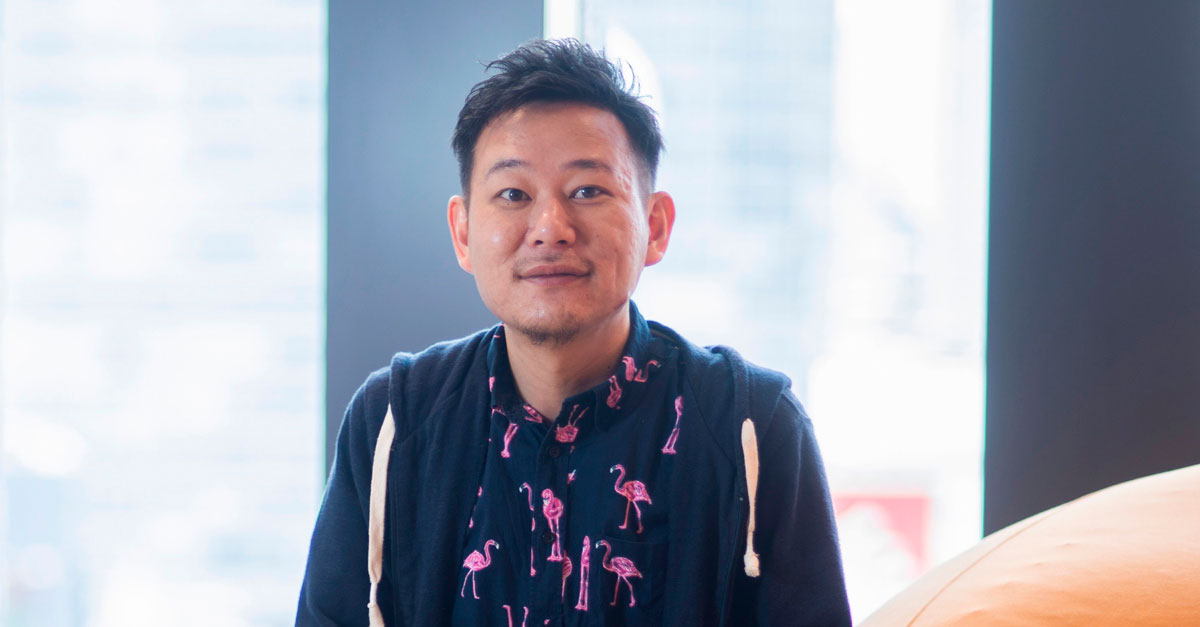 Takahiro Motegi is the Chief Marketing Officer at Diverse, a mobile dating app publisher in Japan. Before joining Diverse in 2015, Takahiro worked at mixi, a social media networking platform.

In the past, so-called “hook-up” dating services (referred to as “deai-kei” or online encounter services in Japan) were prevalent in the Japanese market. However, over the past few years, in addition to the number of dating services available on the market, the number of opportunities for regular people to use dating apps has increased significantly.

Diverse, Inc. has been offering dating services in Japan for nearly 18 years, evolving our services to match trends in the market. Most recently, 50 to 100 dating apps have emerged in Japan, each offering services matching the specific needs of users who desire various encounters, such as making friends, meeting potential lovers or even marriage partners. At Diverse, we developed three types of dating services to meet the needs of 3 different market segments: (1) casual daters, (2) those looking to get married, and (3) dating for young people (ages 18 to 25). Our approach to marketing to each segment starts with what we call “concept-making”.

In this type of market, thinking about how to promote an app and differentiate it from competitors is essential to acquiring new users. At Diverse, this concept is referred to as a “concept-making first”.

In the Japanese market, there are many users who use multiple dating services simultaneously. We assume they are using four apps at the same time and the percentage of users clicking on the app’s icons per week can be broken down to 50% for “App A”, 30% for “App B”, 20% for “App C” and 10% for “App D”. When trying to convert users to begin using our app, our approach is to convince them to use our app as an alternative to the “App D” they currently use, instead of simply trying to get them to install our app as their fifth app.

Making the app relatively appealing to the user as an alternative service is the basis of our concept-making. We may also consider taking measures to attract first-time users of dating apps, or to make our app appealing as an alternative to “App A”, but the priority of these tasks may fluctuate depending on the acquisition costs and feasibility.

When taking actions based on the above, we tend to not emphasize researching competitors “Apps A-D”. Instead, we believe that it is more important to conduct thorough research on the app users, understand their hobbies and interests, how they like to spend their time and the methods they use to obtain new information. We then determine the best course of action to communicate with those users. Of course, we can hypothesize the market size with tools such as AppAnnie, but we believe that it is more important to express the benefits of our app to those users who are still using four different dating apps and seeking new encounters.

Shifting from an Agency Culture to In-House Management

Before joining Diverse, campaign planning consisted of a marketing manager planning and allocating a budget for each marketing channel, then outsourcing all of the operations to a marketing agency and managing them with reports received from the agentcy. For those unfamiliar with Japan, ours is a culture that relies heavily on agencies. However, since our staff are closest to both our services and our users, we have reorganized our system bringing more roles in-house.

The increase of experience in in-house operations and the expansion of areas of user acquisition that can be managed internally has resulted in an increase in opportunities. In traditional marketing activities, it was common to implement the four steps of the PDCA cycle (Plan→Do→Check→Act). However, it is becoming increasingly difficult to deal with various situations using this method alone.

For this reason, our staff consider how to respond to each situation in the given time to modify hypothetical acquisition simulations as they relate to the expenses allocated. In doing so, it is essential to continue updating our process, which has led us to OODA (observe–orient–decide–act) to emphasize faster decision-making.