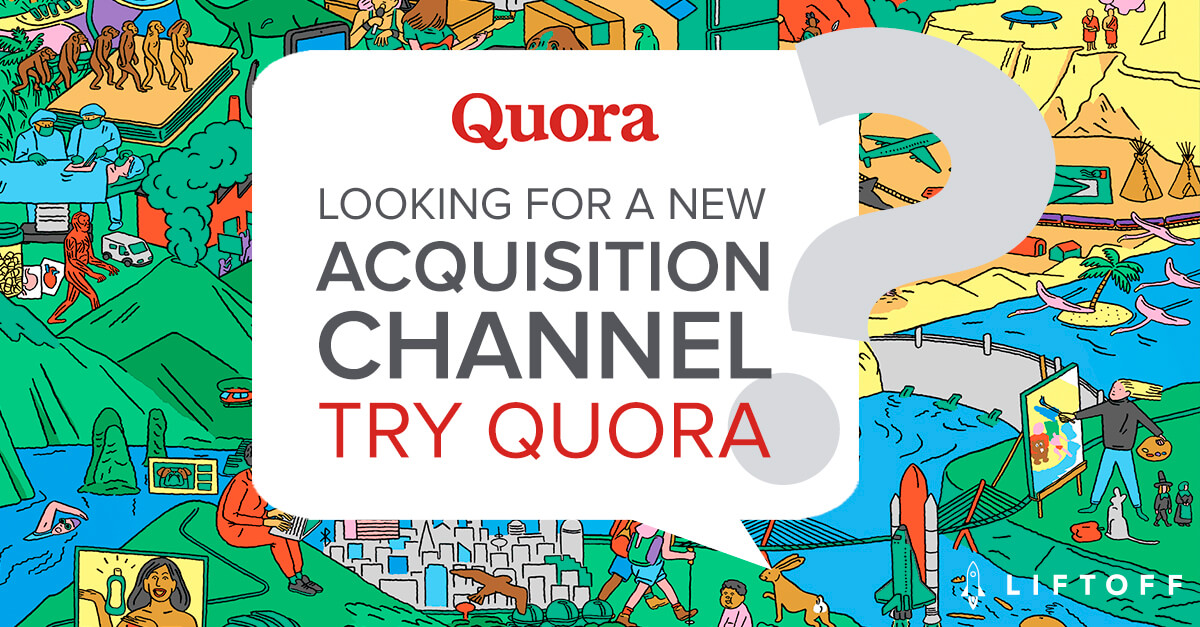 Guest Blog: Colette Nataf is the CEO and Co-Founder at Lightning AI. Previously, Colette was a User Acquisition Manager at MileIQ. After the company was acquired by Microsoft, she managed the Demand Generation team at Intercom. Colette, is now helping marketers scale their businesses through Facebook, Google AdWords, and other channels.

As a mobile marketer, I’m always looking for new advertising channels to test. The mobile ad space is very competitive, and I want every advantage I can get to acquire quality installs at the lowest cost possible. This often means diversifying my portfolio of user acquisition channels and stepping outside of my comfort zone. That could mean branching out to mobile networks, or it could mean trying to find new native ad platforms.

I’ve been a fan of Quora for a long time, and, admittedly, I’m proud of my 57k answer views on the platform (the SEO benefit is amazing). Plus there are very big names answering questions with over 100 million monthly active users. For comparison, Facebook has 2 billion users, so Quora clearly has a long way to go.

When Quora launched a self-serve ad platform, I couldn’t wait to test it out. I started my testing back in May, promoting a mobile app for a client of mine with a paltry $30 a day budget. I remember the disappointment I felt when Apple first launched search ads and was hoping this wouldn’t be another disappointing channel.

At the same time I began testing the app install campaign, I also started running an ad campaign on Quora promoting a desktop product called LaunchDarkly. The performance between the mobile campaign and desktop was night and day. With the desktop campaign, I couldn’t spend money fast enough. There were just so many more users accessing Quora from the desktop. We blew through our first $100 in less than an hour of launching the campaign.

Spurred by confidence in the desktop product, I kept persevering with the mobile app campaign. Now four months later, I am finally starting to see a decent volume of impressions and app installs from Quora. Though the volume is not on the scale of Liftoff or Facebook, the CPM performance is incredible. CPMs on Quora average $1 (yep, that’s one dollar) vs Facebook which is typically in the range of an $8 CPM. I have to admit that even though performance has improved, I haven’t quite perfected the Quora ad unit yet. My click through rates are still hovering around 30%, which means my CPC is at $0.33. And assuming a standard click-to-install rate of 25%, CPIs are averaging $1.32, which I’m actually quite happy with (as is my client).

Now, I know you’re probably asking yourself, “how does the quality installs from Quora measure up to other channels?” Here’s the thing: I’m actually seeing 3x higher post-install conversion rates on Quora compared to other channels. In other words, on Quora I’m spending less money to acquire better quality users. I’m almost nervous to write this article and let my fellow marketers in on the success I’m seeing on Quora – I love having Quora as my go-to secret for mobile ad buys 🙂

While Quora has a long way to go before you can really scale up your installs – you’ll have a hard time spending more than a few thousand dollars per day on the platform – the dollars that you do spend there can go a long way to acquiring quality users, especially compared to most other channels.