How to Successfully Launch Your Mobile App into South Korea 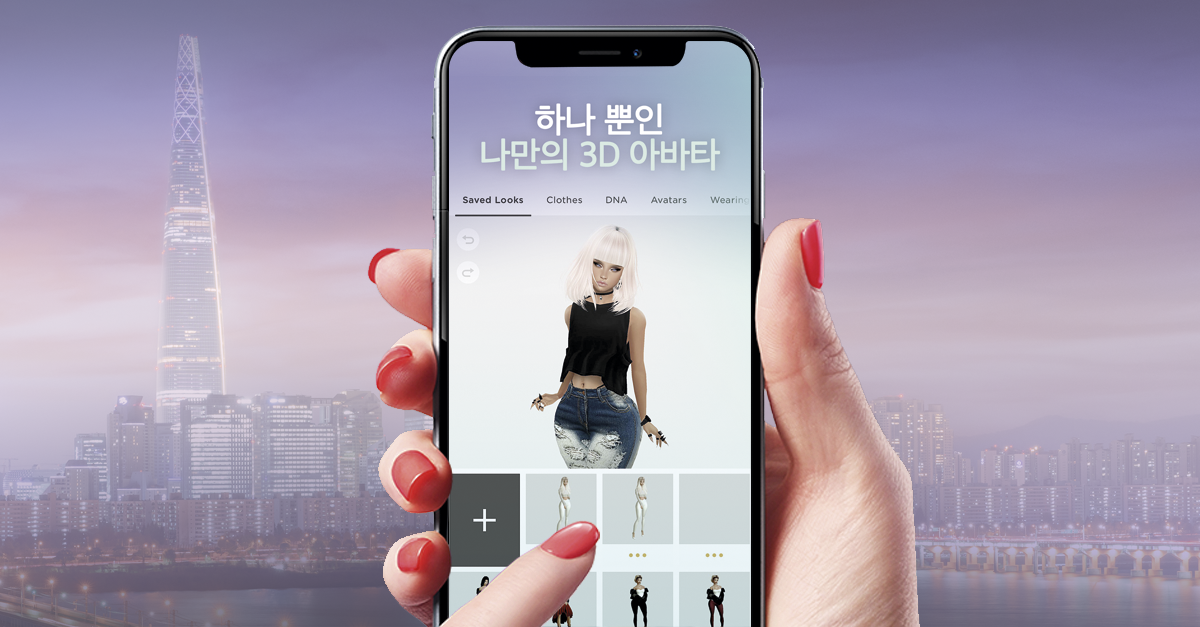 Lomit Patel is the Vice President of Growth at IMVU, responsible for driving user acquisition, retention and monetization across all platforms. Prior to IMVU, Lomit managed growth at early stage startups including Roku (IPO), TrustedID (acquired by Equifax), Texture (acquired by Apple) and Earthlink.

IMVU decided to test one of the biggest gaming app markets in the world: South Korea, which has over 28 million mobile gamers, with 85% of mobile gamers downloading 1+ game a month. Here is the playbook developed by IMVU to help other US based mobile apps successfully test South Korea based on our key learnings on cracking the code. This should help advertisers minimize the risk of failing in this highly competitive market.

1. Make Sure You Have a Strong Business Case

Before thinking about testing South Korea, make sure the market is ready for your app and gage the potential for growth. At IMVU, our internal Appsflyer data showed that we have been getting organic users from South Korea for over a year. Koreans were finding our App in English and still interacting with it even though it wasn’t localized because they liked creating avatars on IMVU to share with their friends on Kakaotalk (based on us reviewing the user feedback in Korean).

In addition, we saw that the average revenue per user (ARPU) on Android was better than our Tier 1 Countries like the United States (US). This is because South Korea is mostly Android customers as Samsung and LG are headquartered there and Koreans are very loyal to local brands. However, the big challenge we needed to address was retention, as South Korea’s retention was lower than the average US retention before we launched any type of campaign. This made sense because it’s very hard to find Korean content, friends and chat rooms on the app because the app wasn’t localized. It’s important to get a clear baseline on all your KPIs before launch to have a clear definition on how to measure success.

The second most important step for us to test the Korean market was to get buy-in from different cross-functional teams, who would need to support launching this campaign. Localizing our app for the Korean market required heavy lifting from many different departments including Product, Marketing, Engineering, and Customer Support. One of the best ways to get different stakeholders excited was to share the business case on how this could help the business growth and develop a collaborative launch plan that has cross-functional support. Part of getting support meant trade-offs like not having a fully localized app but just having it translated to see the impact for Phase 1 to see initial results before investing more resources into a fully localized version.

It’s very important to make sure you have support from your executive team, not only to get budgets approved but to also get localization prioritized. Once they are on board, then you have more air cover to get the rest of your teams to support the project. In terms of teams, make sure that your product team is excited about the opportunity to help deliver the localization well and on time. Don’t forget to prepare your customer service department to staff up in-language Korean support teams. Finally, if your app relies on advertising revenue, work closely with your advertising team.

Before you start reaching out to anyone in Korea, learn as much as possible about the Korean market and culture by conducting as much secondary research as possible. Secondary research allowed IMVU to build on existing research, which not only saved us time and money but also helped us prepare an initial launch plan. With the research, we were able to identify local media outlets, device habits, cultural nuances, seasonal trends, local influencers, and competitive landscape; all used to create the initial test plan for entering Korea.

It’s important to hire a local bilingual marketing consultant in Korea, to review and provide strategic input and help with the local media. We hired a local consultant who recommended several ad agencies to consider for a request for proposal (RFP), connected us with several potential partners for monetization, told us about the app store Koreans made to compete with Google: One Store, and actually introduced us to several KPOP managing firms.

5. Partner with an Agency Early

With the help of our Korean consultant, we wrote a RFP that fully incorporated all the services we were going to require. We sent the RFPs only to full services agencies to hire a one-stop-shop for all our Korean needs like research, localization, media, creative, influencers and partnerships.

We positioned the RFP as a partnership between IMVU and the agency, where both partners benefit with a long-term partnership. Also, we made sure to highlight the importance of good localization in the RFP. We asked all agencies to actually download the IMVU app and to engage with the app to fully understand the context of the game so that the localization is accurate, makes sense and talks to the market we are trying to reach.

During the RFP process, make sure to ask for creative samples, media recommendations, influencer strategies and a list of brands they are connected to for potential monetization partnerships. Finally, you must meet with the agencies in person to really get to know the account team who would be managing your account. When we visited the finalists during our RFP process, it became clear that some agencies did not have account managers that spoke English well (even though they were ok with reading and writing English in emails and chat). This would become problematic for us as most of the future communication would happen via conference calls in order to brainstorm different ideas and concepts.

Test the Waters With A Soft Launch

Before IMVU spent hundreds of thousands of dollars on media, we conducted a soft launch into the market with a decent test budget to establish a baseline on the main KPIs: Cost per Payer (CPP), Return on Ad Spend (ROAS), and the retention of users from paid media. The test ran for five weeks between October and November 2018. We listen to what the local Korean agency had to say on new ad networks in South Korea to consider that are driving quality users. However, we decided to use only global US media partners like Facebook, Google, Liftoff, Apple Search and Gummicube for App Search Optimization (ASO) because those were easier to manage in-house for the soft launch test to get a sense of what the performance might look like on paid channels.

The soft launch also enabled us to conduct user research surveys on those users as well as read user reviews to identify any issues with the product before considering scaling our UA spend. After the soft launch, IMVU learned that there were several issues with the app that needed to be addressed. First, Koreans could not find Chat Rooms with other Koreans. Second, Koreans could not find shop items that matched their interests.

We addressed these issues by creating push notifications using Leanplum, in Korean, that explains how to find other Koreans and how to find Korean-centric shop products. As a result, we saw major improvements on our KPIs from the time we started the test to the completion of the test:

The key to success is understanding that Korea is different than most markets. They have different media habits, different cultural nuances, and different motivations. For example, South Korea is an Android dominant country. We saw better efficiencies on Facebook app install campaigns targeting Android during our test launch. In fact, the South Korean campaigns on Facebook outperformed the Android results we see in the US by a solid 10% in terms of CPP and ROAS. Lastly, we tested other app install tactics like CPI campaigns with Google UAC and Liftoff, to see if we can replicate the results we have in the US. Unfortunately, none of these tests came in striking distance of our desired KPIs. In both cases, we generated higher than average installs and registrations; but lower than average new users and ROAS. These machine learning types of campaigns require a longer span of time and budget to allow the algorithm to collect enough post-install data to optimize efficiently to our desired post-install events like Payers and ROAS.

The five steps in this playbook are just the entry point to exploring Korea as a viable expansion market. You need to think like a South Korean company and that knowledge comes from doing the research, visiting the country, meeting the local agencies, finding a local consultant and asking a lot of questions.The soft launch is good way to test the market to get some key learnings. Ultimately, one needs to stay focused on continuing to optimize the app experience and UA channel mix based on results. Secondly, address any product update that can help increase both revenue and retention, before investing heavily for scale.