How To Make Great Interactive Ads: The Benefits and Best Practices To Define Your Strategy 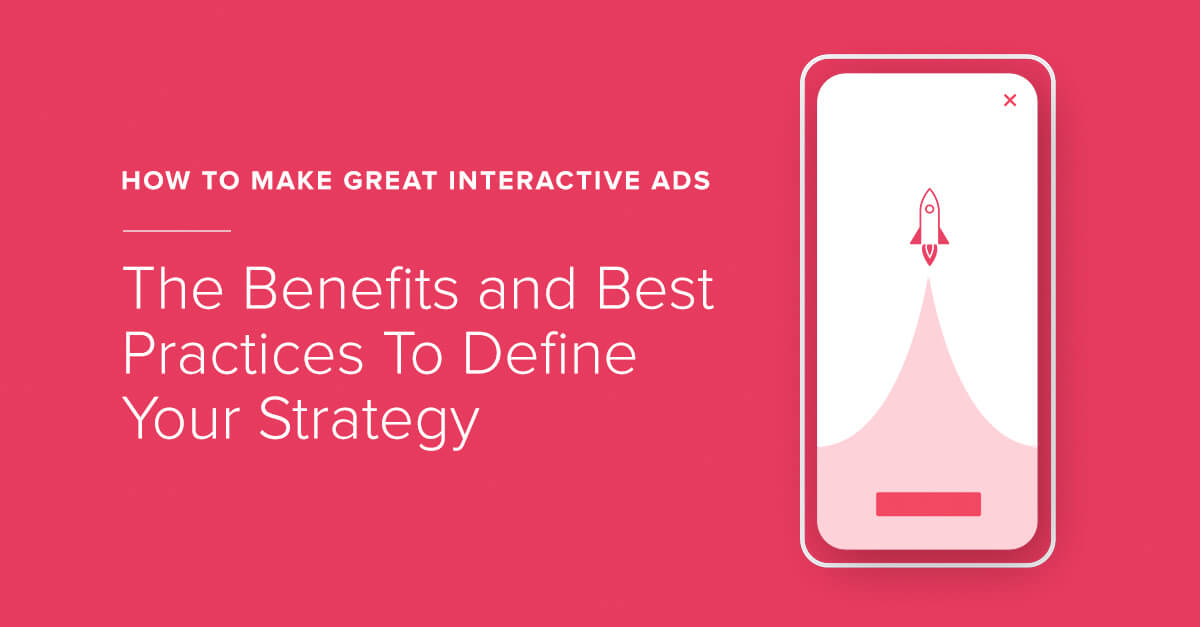 Let’s discover what it takes to make a great interactive ad by walking you through Liftoff’s Ad Creative Production team’s approach to creating them, and why we think they’re an absolute must for mobile marketers.

What Are Interactive Ads?

Interactive ads are an ad unit that allows users to test out an app within the ad itself before they go to the App Store to download it. Each app preview lasts for as little as 15 seconds, and up to a minute. Once the preview ends, a call to action (CTA) is displayed so audiences can install the app if they enjoyed their experience.

There are several types of interactive ads, including interactive video ads, interactive end cards, and playable ads (which allows users to play a game instead of using a product).

Here’s an example of an interactive (or more accurately, a playable ad). This puzzle game invites users to complete the puzzle, with an animation suggesting users find a place for each piece:

Why Are Interactive Ads Important?

The advantage of interactive ads is their ability to showcase an app and its main features before a user installs it. This helps weed out uninterested users, leading to improved user quality, better retention rates, and a higher chance of finding an audience that converts into paying customers.

According to data from Liftoff’s 2021 Mobile Ad Creative Index, playable ads lead to better return-on-ad-spend (ROAS) than video or banner ads on Day 7, delivering 30.9% on their initial spend. By Day 30, this figure doubles to 60.47%.

This puts playable ad performance in the middle of the pack, suggesting interactive ads are a solid performer that can entice users with their unique attributes. eMarketer points out that playable ads are one of the most effective advertising types according to agency professionals, with interactive ads and rewarded videos running a close second and third. “Everyone wants compelling experiences handed to them on a silver platter,” says Michelle Edelman, Chief Strategy Officer at marketing agency Peter Mayer, and interactive ads offer precisely that.

While interactive ads can follow a range of different models depending on the type of app you’re advertising, playable ads—a variant of interactive ads based on gaming experiences—tend to follow a rigid structure: tutorial, interactive element and call-to-action (CTA). We’ll focus on how playables work here to provide a general gaming-focused framework that can be adapted to other verticals.

In the first few seconds of your ad, show people how to play the game. While you don’t need to explain every aspect of your game, you do need to help players understand what they’re looking at, and how they can engage and win. A transparent overlay instructing users how to play normally comes first and disappears as soon as the player engages with the ad.

The gameplay part of a playable ad showcases the chosen elements you want to highlight. A few taps of the ad are enough to show your users what they can do. It’s important that ads include a reward that gives players a feeling of excitement and intrigue.

The CTA prompts the user into making an action (here, installing the app). It interrupts the ad after a certain amount of time viewing the ad, or at ad completion. Make a CTA work by utilizing copy that will nudge the user into installing your app.

Overall, you will want to showcase the unique features of your product in your ad. Tim Shepherd, Creative Director for Playable Ads at Wooga, points out that the ad needs to provide a sense of reward.

The most important thing is to strike a balance between accurately representing the gameplay, and communicating a powerful marketing message which resonates with the target audience.Tim Shepherd, Digital Media & Creative Director for Playable Ads, Wooga

How to Level-up Your Interactive Ads with 3 Best Practices

Now you know how playable ads are structured, it’s time to look at general rules that will dramatically improve your interactive ads, which you can apply to any kind of app.

Let people know how to use the app in as few steps as possible. Since you have a limited time to convince people to use your app, it’s important to break up your core message and simplify the steps the user has to take. The more content your app offers, the harder it will be to split the steps.

You only need to showcase one part of your app—ideally the unique selling proposition—to get the users’ attention. If your product’s complexity demands more explanation, a combination of video and interactive ads can be your winning creative format.

Marketers need to appreciate the differences when opening an interactive ad versus opening an app. When players start a new game they have some idea of what to expect. But you can’t always take this for granted with interactive ads.

So, keep your interactions light. Even though you want users to experience a snippet of the app, the sweet spot for interactivity lies somewhere between 5-7 clicks. Any more than that and you’re asking a lot of users who have been interrupted from their current game.

And if you can’t get that first interaction rate to be around 100%, take a look at your first impression—there’s a good chance the players don’t understand what they’re being shown.

Knowing the context around the ad is highly useful. For example, most playable ads are served within other games when the player is already engaged in their chosen experience. The type of creative that will resonate best will be one most contextually fitting to what a person is doing at a given time.

Just because an ad is interactive doesn’t mean it is any less pleasing on the eye. It’s important for interactive ads to look visually interesting/stimulating, as well as enticing, to get users to play.

Designers and teams will have their own methods to creating powerful visuals, but you can take inspiration from the competition to decide what works, and what you want to avoid.

Piecing the Puzzle Together

Now that you have the building blocks of an excellent interactive ad, it’s time to work out how you can apply these best practices to your creative process. Interactive ads could be the difference for your app heading into 2021 and beyond, so make sure you get them right.

We’ve released our updated 2021 edition of Liftoff’s Ad Creatives Index, which you can download for free today to learn more about all types of mobile ad formats. Discover how each creative performs, and how you can improve banners, interactive and native ads, among others. You can also read up on how to optimize video campaigns with lead Ad Creative Producer Thomas Zuko, or discover how to run ad creative testing for mobile ads effectively.